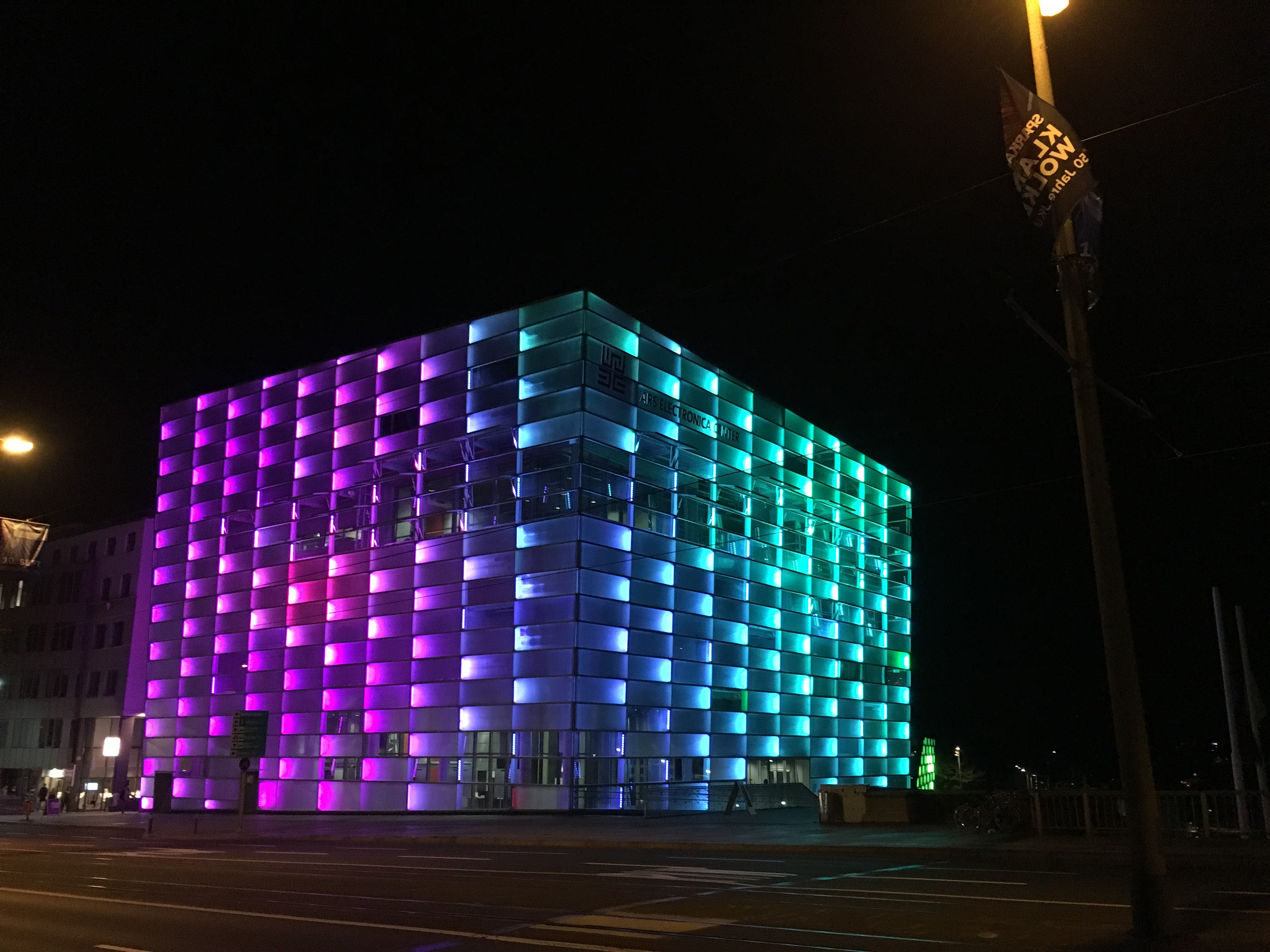 As Digital Programmer for The Lowry and Creative Producer for Quays Culture, Lucy Dusgate is one busy lady. In this blog she talks us through a recent visit to Ars Electronica festival in Linz.

Autumn is the start of festival season for many cultural organisations, and this September I was lucky enough to visit the annual Ars Electronica festival in Linz, Austria. Ars Electronica is the highlight for many of the European digital and creative technology arts scene, with a mass of exhibitions and performances showcasing the latest contemporary art influences by technology practice.

The highlights for me this year included some fantastic works exhibited in the main PostCity basement area, of which our autumn gallery Projects artists Dave Lynch was featured with his work Nimbus (see image). The bizarre to the magical feature in a series of large venues across the city with huge crowds flocking to the public events and venues over the four days. Artworks like Chemobrionic Garden (see image) played on the alchemist theme, the Inferno (see image) performance fresh from Mutek Festival in Canada gave a taste of humans being controlled by robotics and Drone 100 (see image) lit up the night skies with a 15 minute show on the river banks next to the Ars Electronica Centre (see image). It’s always a pleasure to come to Linz and see some of the most creative minds at work on technology and digital ideas.

I am the Creative Producer leading the Quays Culture programme, and Digital Programmer at The Lowry in Salford. Both of these roles aim to bring digital artistic commissions and presentations to the public realm, galleries and theatre spaces at the MediaCityUK /Salford Quays location. Collaborating with artists and cultural partners my role brings international digital art into a rich programme of experimentation, aimed at mainstreaming digital art for audiences. Previous to this post, I was the digital relationship manager for three years at Arts Council England, having worked also at ICA, Lumen Arts, Royal Court Theatre, Lime Arts, Community Arts Northwest, Picture House and Curzon cinemas.