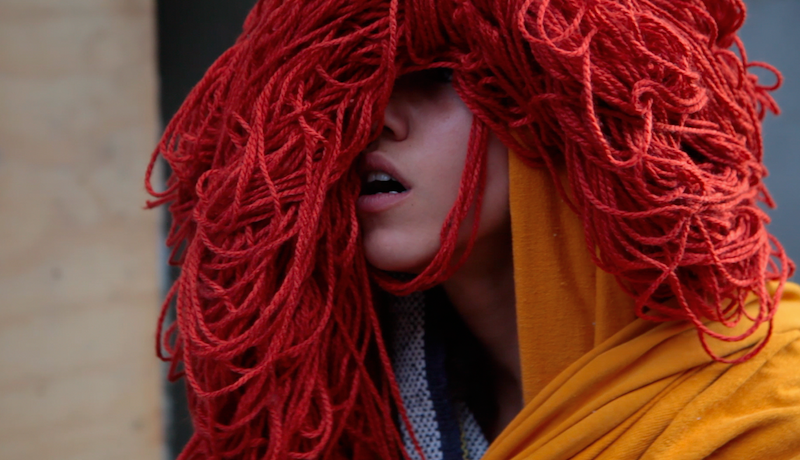 The Cinema Truck was a pop-up showcase of new, innovative film-makers in the heart of MediaCityUK for one day only. Located on the Piazza and completely free, this truck presented an exciting programme of work, including winners of the ‘Northern Artists Film Competition’, drawing on themes of movement and location: our position in the North, the rhythms of human bodies, bodies of water. The full programme is listed below.

We also played host to Quarantine‘s The Soldier Song. Developed through conversations with soldiers over an 18 month period, the concept is simple: film soldiers singing classic karaoke songs and offer audiences the opportunity to sing with them inside a purpose built sound proof karaoke booth. Both fun and silly, its hard not to enjoy a sing-a-long! And yet, inevitably, the encounter with those who serve their country in our name is a mixed bag of emotions that, through the nature of the close personal encounter, challenges and provokes and asks us to consider how we feel about them and what they do.

Double Over by Amelia Crouch
Experimental, 1’23″

How To Choose by Cecilia Stenbom
Moving Image, 3’00″

Josephine and the Leopard  by Jade Monsterrat
Moving Image, 6’01″

Move on Up is a festival of dynamic, exciting, provocative and beautiful films made by animation artists in the UK over last 20 years. All 16 films have been selected from the Animate Collection, the premier online resource for experimental animation that can be found at animateprojects.org. The earlier films were commissioned for Arts Council England and Channel 4’s renowned animation scheme, AnimateTV (1990 to 2009); later films – Edgeland Mutter, Engine Angelic and Love Brid – were commissioned for online exhibition.