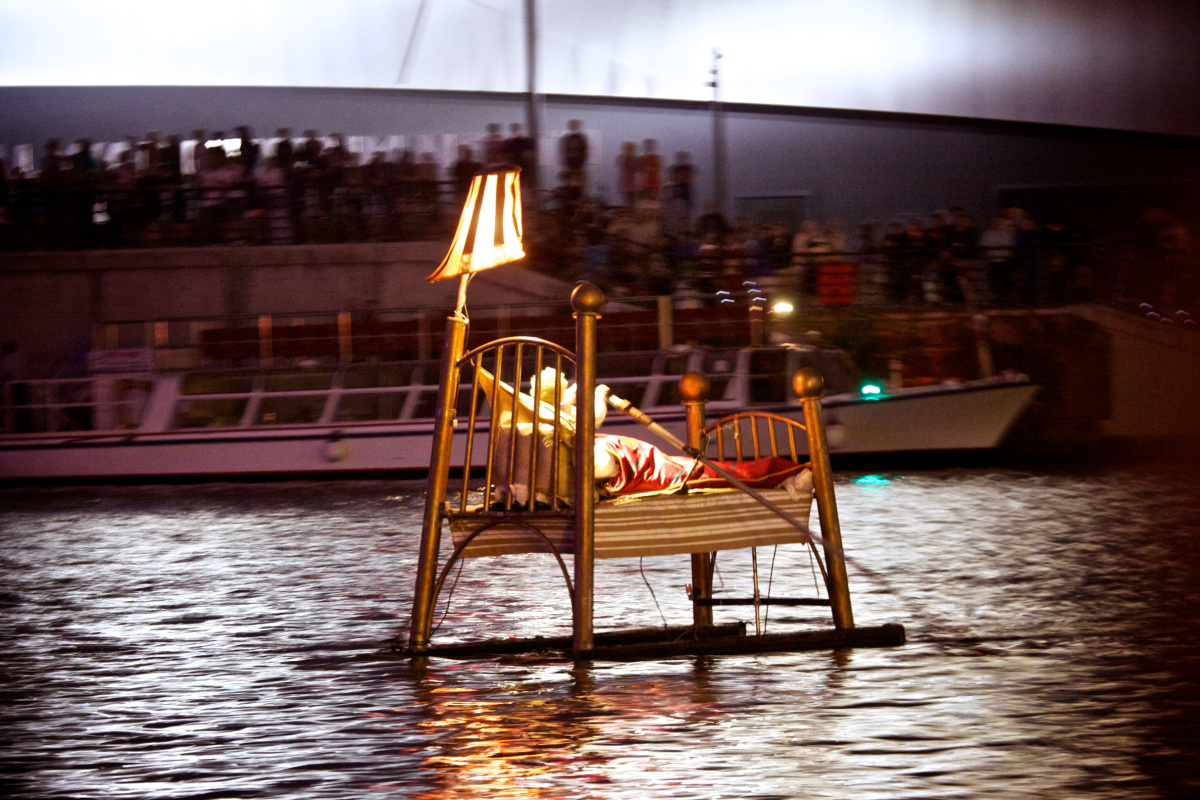 An extraordinary outdoor theatrical performance that took place on the waters of the Manchester Ship Canal by famed French company, Ilotopie. During this 50 minute theatrical spectacular on The Quays’ waterfront, 15 actors performed fire jousts and feats of mechanical wizardry to an audience of thousands.

Set to a hypnotic score, courtesy of Phil Spectrum’s original songwriting, this night-time show transforms a simple urban day where encounters between cars and streetlights, strollers and bicycles metamorphose into scenes of folly.

“If Lewis Carroll had turned his absurdist vision to street arts, teaming up with Salvador Dali and Hieronymus Bosch, he might have come up with Fous de Bassin, a strange, dreamy, floating spectacle created by French company ilotopie, who literally walk on water. It is a beautiful vision of hell.”

(Lyn Gardner in the Guardian)

The event also featured a rare talk from Bruno Roubicek, creator of Water Fools, with Bill Mitchell from the renowned outdoor theatre company, hosted at The Lowry.